Your are here: Home » Nutrition » Most Popular Fast Food Items in the U.S

Most Popular Fast Food Items in the U.S 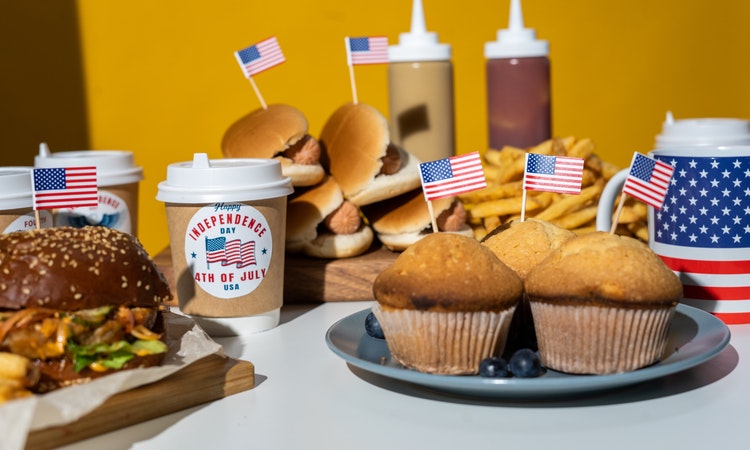 Today’s world is far from the one our grandparents lived in. Everyone is in a hurry and wants instant satisfaction. Two things that have made that possible and probably played a big part in propagating it are the internet and fast food chains.

With these two, you could quickly get hold of what you wanted. No waiting needed. The internet, lets you see and find things from anywhere in the globe and at any time. Better yet, it delivers that information to us in milliseconds.

The same goes for fast food. No more waiting for our food, we get in line, order and in a couple of minutes, sometimes even in under a minute we’re done and paying what we’ve ordered.

So in case you’ve ever been curious as to which fast food items Americans love most, I’ve scoured around to see. I was curious too. What I did figure out was something to be expected, a lot of the top menu items in fast food chains we keep coming back for are burgers.

I must admit this one caught me by surprise. Don’t get me wrong, I love having their roast beef sandwich and these really fill me up when I’m hungry, I just didn’t think that it would make it this high.

Make no mistake this isn’t the last time we’re seeing sandwiches in the list. So the next time you’re craving a nice beef sandwich you may just remember Arby’s.

Built from nothing by its late founder Dave Thomas, Wendy’s continues to be one of the favorite fast foods Americans keep coming back. At the top of their menu is their Big Bacon Classic with Cheese.

These are very filling and tasty, though our (my family’s) all time favorite menu item there are the Frosty’s. If you haven’t tried one of those cold treats I’d suggest that you do. Mmmm.

I was actually quite surprised that there weren’t more pizza chains or pizza items in the list. I would think that it would have to do with pizza parlors being run by different smaller companies. So one specific brand or pizza they sell doesn’t match up to say the offerings that the larger fast food chains like Burger King or McDonald’s do.

That said, of course, when we talk about pizza, it’s got to be pepperoni. Pizza Hut’s pepperoni pizza tops their list, even with all the variety and stuff crusts they’ve been rolling out.

This wasn’t a surprise. I knew that Subway was somehow going to make the list. And its representative in our favorite menu items list is its Steak and Cheese Sub. You can’t really complain about a sandwich that’s constructed right in front of you. You see all the fresh ingredients being put together and know what you’re getting. Plus, they’re much healthier choices compared to many of the other fast food choices.

Created by the Colonel many years ago, its seven secret herbs and spices continues to top its menu list. As far as crispy chicken is concerned KFC is something the kids really like. It’s fast, juicy and tasty.

They’ve since made a number of different styles to complement the original recipe but what still sells the most are the buckets of the original crispy chicken recipe Colonel Sanders developed.

Just a piece of trivia that I learned when I was in China. Did you know that KFC, not McDonald’s not some other Chinese fast food brand is in fact the most popular fast food there? Who would’ve guessed. I wouldn’t have.

Americans eat a ton of Mexican food. In fact it is one of the favorite cuisines here in the U.S. And at the top of that list is Taco Bell. Their beef burrito is what people go back for.

I can’t really blame us. They’re very easy to eat, you can carry them in one hand and eat while doing something else. What more can you ask for in this fast paced world.

They’re everywhere and you won’t be able to go a few street corners without seeing that iconic green logo that stands for coffee. While they’ve branched out to so many other things like pastries, fruit drinks and teas, their number item continues to be what put them on the map, coffee.

It’s been their biggest selling burger for decades and it continues to stay strong despite them moving into new different food items. This triple-decker continues to fill our tummies and we keep coming back for the special sauce and sesame seed buns.

McDonald’s continues to be the largest fast food chain in the world and just about anywhere in the world their branches carry the Big Mac, something they don’t do for all their menu items. Believe me that there are some really strange offerings at some overseas McDonald’s branches. I’ve seen quite a few during my travels.

This isn’t an item from the menu of a specific chain. But together they are one of the most ordered foods. You probably won’t order them alone and they’re more of a ‘side’ to your burger or sandwich but we all just can’t do without them.

As you’d expect the biggest sellers of these are the burger chains. The big brands cover a good piece of french fries sales.

Atop the list is Burger King’s flame broiled offering. Their Whopper continues to be a big seller and I guess a lot of that has to do with the different way they choose to cook their burger. Instead of the using the usually pan griddle that most chains do, Burger King puts them over flame.

So there they are. It took a while of figuring and searching. There were a few surprises but most of the others I guess were brands and foods that we’ve somehow bumped into before. The one thing to remember with this list is that size matters. That’s to say it’s the bigger chains that were represented because they’re the ones selling the most. So good tasting offerings like say In-N-Out burger or Five Guys for example, despite being more delicious (at least in my book), aren’t going to match Mcdonald’s or Burger King.

Best 6 Foods to Avoid While Trying to...

How to Stay Healthy and Independent in Old...

How To Stay Fit And Healthy During The...

Importance of Nutritional Supplements for Women