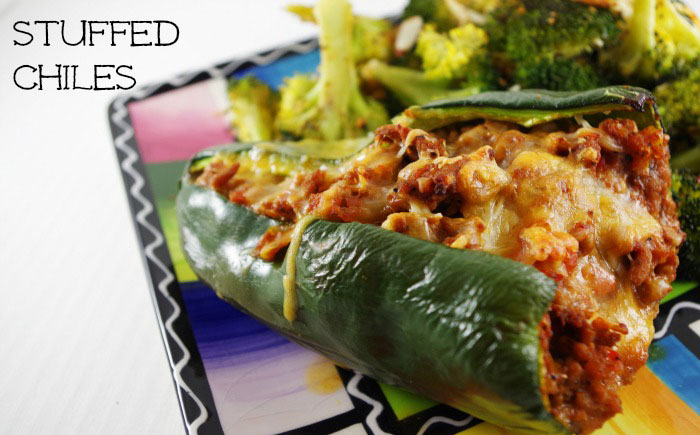 Let’s talk stuffed peppers. Stuffed bell peppers are a huge hit in the “eating healthy” community. It serves as a dish for anything you could possibly want to put in it. It can really be a pretty dish and it’s super healthy for you (depending on the stuffing!). I have made stuffed bell peppers a few times in my cooking adventures but I can’t seem to narrow down what I really like in them. My mom made them growing up and I never really cared for them. I’m not a fan of green bell peppers! They are inexpensive but they just aren’t where the money is at! So I would always eat the insides while someone else ate my pepper.

Now in my house, we like spicy food! Not only is it delicious, but spicy foods increase your metabolism. Fun fact! I’ve been itching to make some sort of weird stuffed pepper and this gem came out of it! Instead of using a sweeter bell pepper, I chose a spicy chile as the boat to hold the stuffing. This lends just a kick of flavor to each bite as you cut it up to eat. You can choose to use bell peppers for the kiddos if you don’t want it too hot.

The filling is pre-cooked before it goes into the oven. This ensures that the meat is cooked thoroughly. It is also a mix of spices and liquids to make it a little bit messy instead of being a block of meat cooked inside. It can be as mild or spicy as you like it. It’s all about customization when it comes to anything with a Mexican flare to it. We like our food hot, hot, hot so I added a couple of jalapenos to the mixture as well.
Overall, the dish is a little more time consuming than most I make, but it’s something that you can start each step and walk away from here and there. You still need to work out today? Great! Get some push-ups and sit-ups in while the turkey simmers! You still haven’t hit your daily steps with the Fitbit? Go for a stroll once it’s in the oven! You can walk around the outside of the house or in circles in your living room (don’t deny it, I know you’ve done it before!).

Once it’s out of the oven, you have a spicy, gooey dish that is sure to please. You can serve it up with traditional Mexican sides, rice and beans or a dish of black beans would also be lovely for an extra protein kick. You can also roast your favorite veggies to go on the side; they can roast at the same time you’ve got the peppers baking. That’s another thing I love about Mexican inspired dishes; you can serve it with just about anything and it’s still amazing! So whip these up for a South of the Border weeknight! 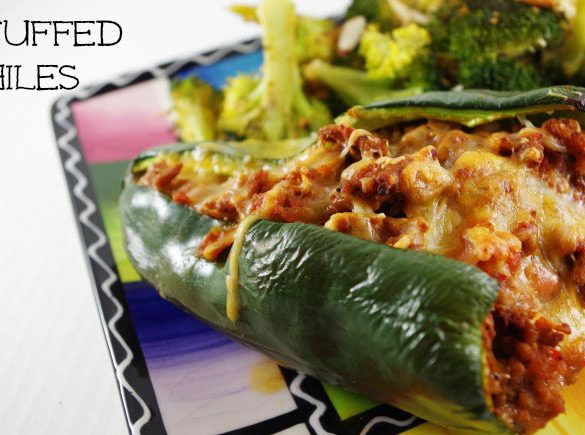